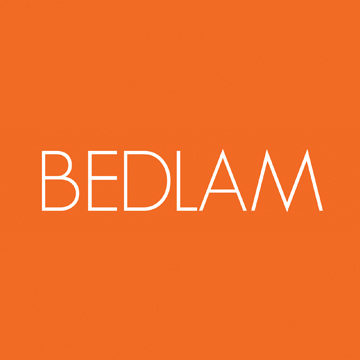 Eric Tucker and Andrus Nichols co-founded Bedlam in 2012, presenting George Bernard Shaw’s “Saint Joan” on a shoestring budget with only four actors playing over 25 characters. The show received instant recognition and was extended four times. Terry Teachout of The Wall Street Journal was an early admirer, describing it as “Thrilling! An unforgettable show! The most exciting George Bernard Shaw revival I’ve ever seen, bar none.”

In 2013, Bedlam produced William Shakespeare’s “Hamlet” with the same four actors, again playing over 25 characters amongst themselves. “Hamlet” ran in repertory with “Saint Joan” and both productions were then transferred for a commercial Off-Broadway run at The Lynn Redgrave Theater in the winter of 2013/2014. Ben Brantley, the head theatre critic of The New York Times wrote, “Every member of BEDLAM hears voices. Not of God and his saints, but of Shaw (who probably would have said that’s the same thing) and Shakespeare. And I mean they believe they hear these playwrights, in all their sonority, telling them what to do…anyone who listens to the eminently sane and persuasive voices of BEDLAM is destined to become a convert.”