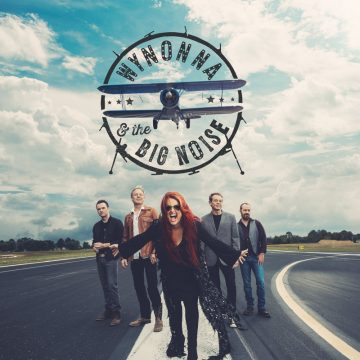 Wynonna Judd, often known as just Wynonna, is an American country singer from Ashland, Kentucky. Born in 1964, Wynonna first rose to fame as half of the musical duo The Judds, which saw the singer perform with her mother Naomi.

At the age of 19, Wynonna Judd teamed up with her mother to form the country powerhouse group The Judds. Signed to RCA Records, the pair released eight studio albums and had 14 number one hits between 1983 and 1991. During this era, The Judds were the biggest selling country duo in the United States and had fans in every city of every state.

In 1991 The Judds disintegrated and Wynonna set out in search of her own solo career. Signing with MCA, the singer-songwriter released her self-titled debut solo album in 1992. “Wynonna” shot to the number one spot on both the US and Canadian Country Music charts and the album hit the number four spot on the US Billboard 200 chart. The buzz and excitement around this first solo album was so great that it eventually went on to be certified five times platinum in the United States.

A keen collaborator, Wynonna has worked with the likes of Michael Bolton, Patti Labelle, Kenny Rogers and Dionne Warwick, amongst many others. Wynonna’s versatility has won her fans from all across the globe, and the singer tours regularly.