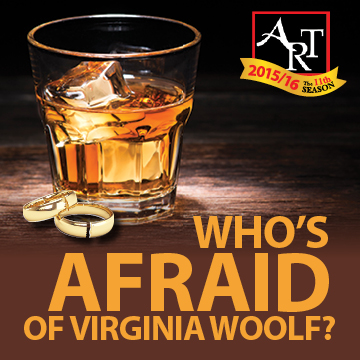 Playwright “ Edward Albee’s masterpiece …” (The New York Times) ) A middle aged married couple, a professor and his wife, have a relationship defined by verbal battles, underlying an emotional dependence on each other. Late one Saturday evening Martha invites Nick and Honey, a young professor new to the university and his wife, over for a nightcap. At that point you are “cordially invited to George and Martha’s for an evening of fun and games.” (Tony Award, Best Play, 1963) Starring Bonnie Pritchard, Ben Ash, Dave Allen and Kelly Allen. Directed by Peter Marsh