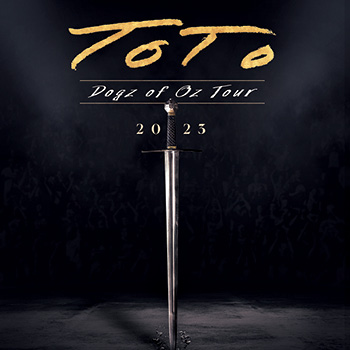 Collectively TOTO has over two billion streams worldwide on all streaming services. Just last year one of their biggest hits “Africa” went from being a Platinum single to being recently recertified 6X Platinum. The band has found a new generation of fans. With now 40+ years together and literally thousands of credits, including the biggest selling album of all time: Michael Jackson’s Thriller, and accolades to their names, TOTO remains one of the top selling touring and recording acts in the world. They are the benchmark by which many artists base their sound and production, and they continue to transcend the standards set by the entire music community, being simply synonymous with musical credibility. They are pop culture, and are one of the few 70’s bands that have endured the changing trends and styles continuing to remain relevant while enjoying their multi-generational global fan base.

Complimentary vouchers are not valid for this performance.