The Tenors: Under One Sky Tour 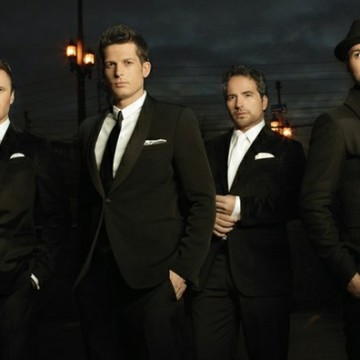 On their new album, Under One Sky, the multi-platinum JUNO-Award winning band co-wrote eight tunes, showing facets of themselves which they’ve longed to share with their millions of fans.

“We’ve had eight years together and we wanted to turn those memories into music,” said Clifton Murray, who is joined in The Tenors by Victor Micallef, Remigio Pereira and Fraser Walters.

The Canadian group has written a handful of songs for their previous three sets, but Under One Sky marks the first time their songwriting talents stand toe-to-toe with their vocal prowess. In the process, they’ve created a rich collection that expands on their earlier efforts, while delving deeper into their collective strength as artists.