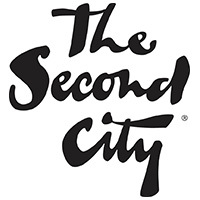 Can’t make it to the Second City? The Second City will come to you! The Chicago institution has become one of the most influential and prolific comedy enterprises in the world. Always original, daring, and hilarious, the Second City is best known as the home of the first on-going improvisational theatre troupe in the country and is famous for its top notch talent. The company’s extensive alumni list is a multigenerational “who’s who” of comedy that includes Ryan Stiles, Bill Murray, John Belushi, Mike Myers, Steve Carell, Julia Louis-Dreyfus, Tina Fey, Amy Poehler, Horatio Sanz, Joan Rivers, John Candy, Stephen Colbert, Chris Farley, Harold Ramis, Jason Sudeikis, Rick Moranis, and so many more.

A new must-see show, Hooking Up With is all about relationships, featuring hilarious sketches, songs, and world-famous improvisation from Chicago’s best and brightest. This gaspingly funny revue is a modern mix of romance, rancor, and everything in between, making mirth out of all the crazy things we do for love.