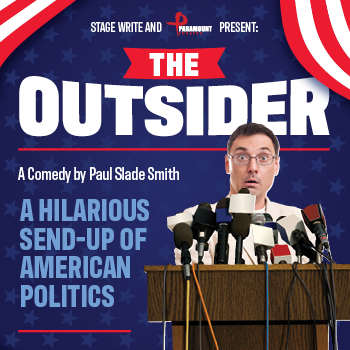 In the hilarious comedy The Outsider, a recent sex scandal has thrust a painfully shy but capable lieutenant governor into the top state office. His politically savvy advisors try to “sell” him to the public by totally reinventing his image. In the process, The Outsider becomes both a razor sharp, non-partisan satire and an inspirational tribute to democracy.

ONLINE TICKET SALES END TWO HOURS PRIOR TO EVERY SHOW

CASH/CHECK ONLY AT THE DOOR