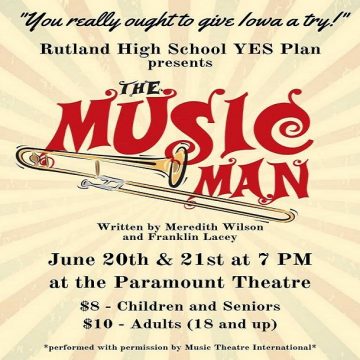 ON SALE MONDAY JUNE 10th at 10am ONLINE

THE MUSIC MAN, by Meredith Willson and Franklin Lacey, follows traveling salesman Harold Hill as he cons River City, Iowa into buying  materials for a boys’ band after convincing them they have “Trouble in River City”.

He will organize this band not knowing the difference between a trombone and a treble clef. He plans to take the cash and leave town, but love gets in the way when Marian the librarian turns him into a honorary citizen by the last light cue.