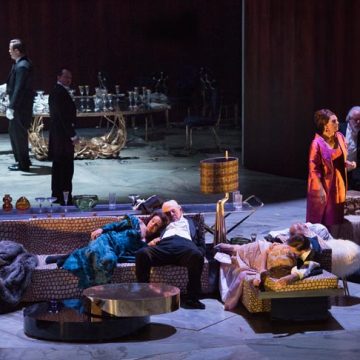 Following the rapturous response to his last opera, The Tempest, the Met presents the American premiere of Thomas Adès’s The Exterminating Angel, inspired by the classic Luis Buñuel film of the same name. Hailed by the New York Times at its 2016 Salzburg Festival premiere as “inventive and audacious … a major event,” The Exterminating Angel is a surreal fantasy about a dinner party from which the guests can’t escape. Tom Cairns, who wrote the libretto, directs the new production, and Adès conducts his own adventurous new opera.