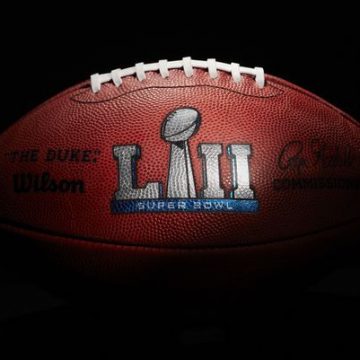 Come on out for two number one ranked playoff teams, the AFC Champion, New England Patriots meet the NFC Champion Philadelphia Eagles in “The 52nd Annual ‘Big Game’” from US Bank Stadium in Minneapolis, Minnesota. Root the Patriots all the way home – watch them do what they do…A fourth quarter comeback for a win?? A critical Belichick adjustment at Half-Time? A miracle catch by Amendola?? The Pats have tied the Steelers for Big Game appearances, and with a win they will take the crown as the most Championships of all-time. The last time these two teams met for the trophy was Big Game # 39, which the Patriots won 24-21. Come on out to enjoy the broadcast on our 30X24’ screen in crystal clear HD…stay in your seats for the always entertaining commercials and a half-time extravaganza featuring Justin Timberlake.

Food and Drink available from Roots. Absolutely NO outside food or drink will be allowed.