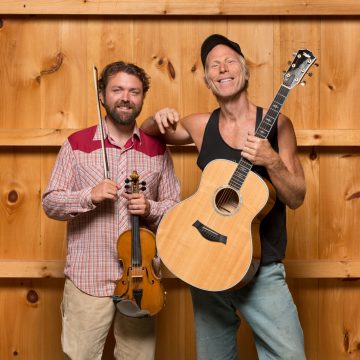 The Logger and The Fiddler are at it again!

If nothing offends you in “The Loggers’ Holiday Variety Show,” you’re not paying attention. But, you won’t have much time to be bothered in Rusty DeWees’ nearly all-new evening of comedy and music. In fact, regardless of your tastes, you’re likely to be left laughing, sometimes uncontrollably, and even touched, but never bored.

Vermont comedian Rusty DeWees has again taken his original character, “The Logger,” from his ever-evolving one-man show and placed him in an old-style variety show that features music and comedy of all sorts.