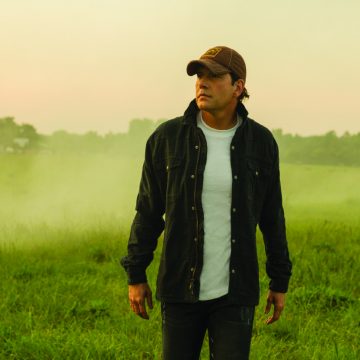 Atkins’ fifth studio album, ‘Caught Up in the Country’, reveals an artist who is confident enough to know that making your best music can require patience and experimentation. While his storied career has reached such heights as being named the Top New Male Vocalist at the 2006 ACM awards and followed a very successful 2006 by opening for Brad Paisley’s tour.

An anthem about Atkins’ connection to the outdoors, the first single from the album, “Caught Up in the Country” has a much slicker production than previous releases “Watching You” or “It’s America.” It’s a more modern ‘anything goes’ style of production that Atkins appears proud of and feels is necessary to move forward as an artist.

Though his absence may have created a few cobwebs for country music fans, this singer was hardly forgotten. He recently landed six songs on Country Aircheck’s Top 100 Songs of Our Decade list, including his platinum smash “Watching You,” which was rated as the No. 1 most-played song of the decade.