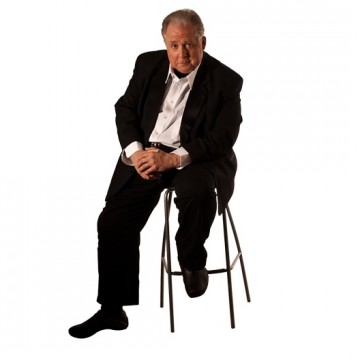 Rob Bartlett started performing stand-up comedy in 1978 hoping it would lead to a career in acting. Nearly 30 years later, he is a successful actor, standup comedian, radio personality and writer. Rob started in stand-up comedy at Richard M. Dixon’s White House Inn, a talent showcase club on New York’s Long Island run by the presidential look-alike. It was at Dixon’s club where he met a 17-year-old Eddie Murphy, and the two became fast friends and formed two-thirds of the improvisational trio The Identical Triplets.

When the trio broke up, Rob went on as a solo act and became a headliner in comedy clubs and colleges across the country. He has headlined at the Sands Hotel and Casino in Las Vegas, Atlantic City’s Tropicana and Hilton Hotels, Mohegan Sun and Foxwoods Resort and Casino. On television, Rob has appeared on the “MTV Half Hour Comedy Hour,” “Standup Spotlight” on VH1 and on “Late Night with David Letterman” and “Conan O’Brien.”

In 1986 Rob became a regular in-studio guest of Don Imus at radio station WNBC 66AM. When the station was sold and the “Imus in The Morning” program moved to the WFAN studios in Astoria, Rob became a contract player, and has since written and performed some of the show’s popular cast of characters.

Rob’s television credits include starring roles on the Paramount/CBS comedy special “What’s Alan Watching?” ABC’s “Move the Crowd,” and a recurring role on NBC as attorney Milton Schoenfeld on “Law & Order, Special Victims Unit.” Rob is very proud to have been voted one of the “Top Ten Worst” wrestling announcers in history for his short-lived stint as color commentator of “WWF Monday Night Raw.” He is also the voice of Marty, the hyperactive dog, on the popular cartoon series “Kenny the Shark.”

Personal Responsibility Statement: The Paramount prides itself on offering a diverse selection of arts entertainment. Not all productions may appeal to or be appropriate for every person or for all ages. Patrons are encouraged to familiarize themselves with the shows we offer in order to make informed decisions prior to purchasing tickets.