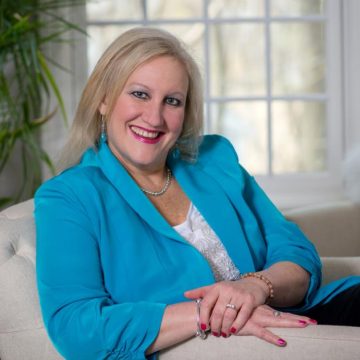 Joanne Gerber is a profoundly gifted, international Psychic Medium known for her natural ability to bring through evidential messages from those in the spirit world, validating the existence of another world, the spirit world, not separated by distance, but by dimension. In 2007, after rigid scientific testing, Joanne was welcomed as an Integrative Research Medium with the highly esteemed University of Arizona’s VERITAS research program, directed by scientists Dr.’s Gary Schwartz and Julie Beichel.

Joanne has continued as a scientifically certified research medium with the Windbridge Institute for Applied Research in Human Potential, actively participating in ongoing scientific studies to prove the survival of consciousness. Joanne is one of only twenty scientifically certified research mediums in the country. Joanne is a guest speaker at holistic health expos, spiritual centers, and colleges, and is a frequently requested guest on international, local, and internet radio shows. She’s appeared on the NBC Weekend Today Show, a nationally aired television show, as well as local television, including a special segment aired on NECN which featured Joanne as she taught a psychic and mediumship development class in New Hampshire.

Joanne was the only hosted psychic medium for The Boston Globe with her own live online monthly chats at boston.com for over a decade. She has been published as one of the top psychic mediums in America in Paulette Cooper’s 2014 book, “The 100 Top Psychics and Astrologers in America”, listed as a top psychic medium on Bob Olson’s “Best Psychic Mediums List”, as well as being recommended by Gwyneth Paltrow in her GOOP internet publication, and personally recommended by world renowned authors and mediums, John Holland and James Van Praagh.

You can hear Joanne do live readings on the air the first Saturday of every month from 9-10 am on WJJR 98.1 Rutland, Vermont. Listen live online at www.wjjr.net