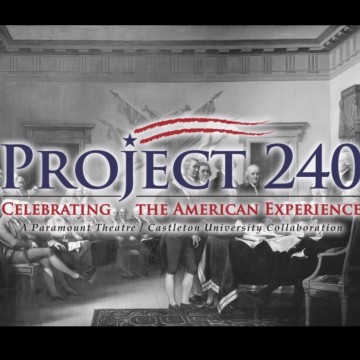 Hosted by WCAX-TV political analysts Steve Terry and Mike Smith, the event will feature an opening presentation by the hosts, live broadcast of the debate on the Paramount’s HD big-screen, and post-debate discussion of what just transpired during the debate.

The second Republican Primary Debate will be hosted live by Jack Trapper of CNN and will be broadcast from the Reagan Library in Simi Valley, Calif.

This event, and all but three of the remaining 16, are free of charge and open to the public. Snacks and beverages will be available for purchase by Roots the Restaurant.

ABOUT STEVE TERRY
Steve Terry is a veteran observer of the Vermont political scene as a result of life-long experience in journalism, business, politics, and non-profit and civic organizations in Vermont.

Terry was managing editor of The Rutland Herald for eight years before spending nearly 20 years with Green Mountain Power, retiring in 2014 as a senior officer. Additionally,

Terry spent five years as managing statehouse coverage for the Vermont Press Bureau before spending six years from 1969-75 in Washington D.C. as legislative assistant to Sen. George D. Aiken (R-Vt.) during an action-packed time in our nation’s history.

ABOUT MIKE SMITH
Mike Smith is a political analyst for WCAX-TV and WVMT Radio and writes a weekly Sunday column for the Rutland Herald and Times Arguson political and public policy events.

Smith has more than 30 years of experience as an executive leader in both the public and private sectors, including time in the Vermont House of Representatives, Town Manager of Hardwick, and deputy state treasurer under Treasurer James H. Douglas from 1995-99.