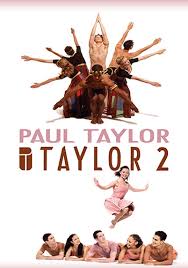 Tickets: $29.75 – $34.75
Introducing Paul Taylor’s American modern dance, a major new initiative that brings to the stage the outstanding works of America’s homegrown art, chosen by legendary Dancemaker Paul Taylor. Featuring the Paul Taylor Dance Company, and live music performed by the renowned Orchestra of St. Luke’s.  You will hear masterpieces of the 20th century that have earned a place at the world’s leading performance venue, as well as new creations by the most compelling voices of the next generation.

Come see the performance of premieres and acclaimed dances from the ever-growing repertoire of Paul Taylor, the last living member of the pantheon that established American modern dance, performed by the Paul Taylor Dance Company.