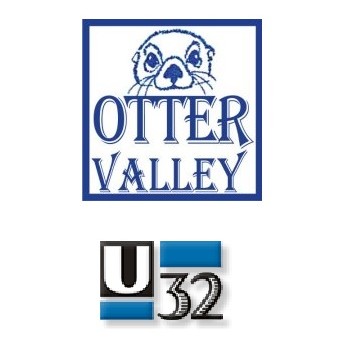 $5 – Advance        $10 – Day-of
Proceeds from these presentations will benefit both Tatum’s Totes and Outright VT.

Join us as we celebrate the two Vermont high school theater departments who will be representing The Green Mountain State at The New England Drama Festival in Old Saybrook, Connecticut .

Baggage was first performed at the 2015 Edinburgh Fringe Festival in Scotland to enthusiastic audiences before participating in the Vermont One Act Play Festival competition this spring. This thought provoking play exposes the hardships and triumphs of young people in the Vermont foster care system searching for a place to call home and was a collaborative process between the playwright, director, the cast and crew and members of the community. Told with puppetry and mask, movement, music and spectacle; with written, poetic and musical contributions from members of the cast, this gritty story will leave you with a vision of Vermont as more than just ski resorts, cows, and Ben & Jerry’s.

“Structurally akin to A Chorus Line, the emotional heart of Baggage lies within the honestly drawn snapshots of character. Dealing with difficult themes, the cast embraces the challenge.”
(Broadway Baby Review, Fringe Festival 2015.)

The 2016 Vermont State Drama Festival winning production of “Inevitable” was created by the company through a series of discussions and workshops.  The theme of the story is centered on the teenage psychological development stage labeled identity crisis.  This is the stage of development that a young person begins to question their place in society and who they will eventually be.  “Inevitable” explores this topic through the struggle with sexual identity.  This piece is performed in what is known as contemporary physical theatre, a theatrical style that focuses on tell the story through the movement and physical emotions of the actors.  Myriam Cyr, state festival adjudicator and artistic director of Black Box Lab Stage 284, states “This is a journey into the adolescent mind. Its beauty was arresting.”  Steve Stettler, state festival adjudicator and producing artistic producer of the Weston Playhouse, states “I salute you and your students for creating a deeply meaningful new work of art and for daring to examine this theme.”