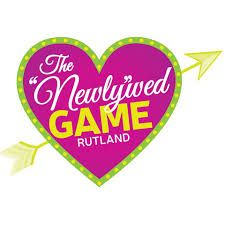 Eight fun and funny couples are lined up for Pack The Paramount “Newly”wed Game to benefit the Rutland Community Cupboard, BROC’s Community Food Shelf, and the Salvation Army.

The fourth-annual event presented by WJJR and Green Mountain Power, Feb. 8, will feature couples Chrispin and Renee White, Drew and Kelsey Smith, Rich and Christina Sweet, John Wallace and Rose Kennedy, Will and Allison Gormly, Mark and Becky Stockton, Philip and Marlene Allen, and Lisa Boerner and Lisa Frankel-Boerner.  They’ll compete in a live version of the popular TV show, with host Ed Kelly posing questions guaranteed to make for a raucous and entertaining night.

“We’re thrilled to have a diverse and fun group of contestants willing to put themselves out there to help the food shelves,” said GMP Vice President Steve Costello, one of the organizers.  “From true newlyweds to couples who have been married for decades, we have eight community-spirited couples ready to play!”

The Pack the Paramount “Newly”wed Game is a rebranding of the long-running Pack The Paramount Food Drive.  Instead of collecting food items, the goal is to pack The Paramount’s seats with patrons, with sponsorship and ticket sales benefiting the food shelves. Organizers hope to raise $25,000.

Terry Jaye, program manager at Catamount Radio, said the show has quickly become a must-see event for anyone who loves comedy.  “I’ve seen a lot of things on the Paramount stage over the years, but I have never laughed as hard as I have at the ‘Newly’wed Game,” Jaye said.  “It’s an incredible night of fun, and raises critically needed funds to help our neighbors in need.”

Kelly, who competed with his wife Fran the first year and has been hosting ever since, said it’s his favorite night of the year.  “I look out at the audience, and it’s just a sea of smiles and laughs,” Kelly said.  “You never know what a contestant will say, which guarantees surprises all night long.  It’s a blast!”

Paramount Programming Director Eric Mallette said the event was especially important this time of year.  “Donations to food shelves tend to balloon around the holidays, but the long, cold winter leaves a lot of people in need come February and March,” he said.  “This is timed to provide a shot of funding and goodwill to the food shelves in the heart of winter.”