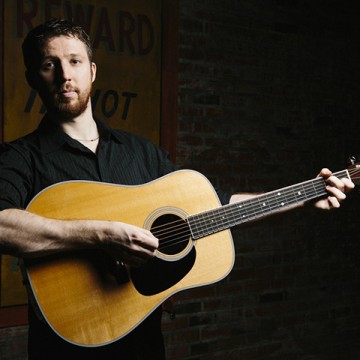 PRESENTED IN THE BRICK BOX

MiZ is a soulful, Rock-Americana artist from Northeast Pennsylvania who is known as a skillful and well rounded master of both acoustic and electric guitar. His sound is directly impacted by the coal mining region of PA and the songs evoke the rustic tones and imagery you would expect from the region and it’s cultural heritage.

The singer / songwriter / guitarist Mike Mizwinski gives name to the band and his solo work and it is his heart and soul– poured into the words and his guitar– that drives it all forward. We use the term singer/songwriter loosely here, as a MiZ show can feature fast, intricate instrumental guitar compositions, foot stomping bluegrass, soulful ballads, creative covers, and a melting pot of different styles- textures- flavors- and feels that make up the catalouge (over four albums worth) of self penned songs. Mike has maintained a freshness, a vibe, something, that keeps fans coming back for more.

Mike is now endorsing Framus/Warwick guitars and won the Tri-State Indie “Acoustic Artist of the Year” award two years in a row- 2011 & 2012.