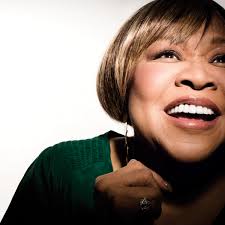 Tickets: $34.75 – $54.75
Mavis Staples will doubtlessly go down in history as one of the greatest gospel singers of all time, the breathtaking voice powering one of America’s great family bands, The Staple Singers. From the traditional gospel music of the 1950s to the 1960s protest songs that underscored some of the decade’s most dramatic social changes, from the self-empowerment anthems of the 1970s, including  “Respect Yourself” and “I’ll Take You There”, to the soulful love tunes and mature Americana of more recent years, Staples and her family have consistently created some of the best and most inspirational music of the past half-century.

And although Staples is now more than 70 years old, she has no intention of giving up the calling that has consumed her since she was a child. “Ain’t no stopping me, I will sing,” Staples declared in a recent interview. “You know, you’d have to come and scoop me off the stage. I’m gonna sing till I die.”