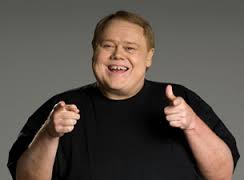 Two-time Emmy award winner Louie Anderson is one of the country’s most recognized and adored comics and was named by Comedy Central as “One of 100 Greatest Stand-Up Comedians of All Time.” Currently he is headlining in his own stand up show, “Louie Live” at the Plaza Hotel & Casino in Las Vegas.

Anderson began his career at a comedy club in his native Minneapolis, when on a dare from friends, he got up on stage and performed. His big break came in 1984 when he appeared on “The Tonight Show with Johnny Carson” who was so impressed with the comic he called him out for a rare and coveted “second bow.” Anderson’s stand-up comedy career skyrocketed. Known as a “clean” comedian, his stories about growing up in the Midwest, being one of 11 children and dealing with an alcoholic father provided endless material for the comic with audiences of all types relating to his everyday life experiences.

The multi-talented performer went on to do television and movies starring in his own CBS sitcom “The Louie Show” and five of his own comedy specials for both HBO and Showtime. Anderson also has guest starred on such popular sitcoms as “Scrubs” and “Grace Under Fire,” and dramas like “Touched by an Angel” and “Chicago Hope.” He also has appeared in memorable featured roles in such films as “Coming to America,” opposite Eddie Murphy.

The multi-talented comedian/actor’s resume also includes the syndicated hit series, “Family Feud” and creating and producing the two-time Emmy Award winning animated series on FOX, “Life with Louie.” Anderson is also a best-selling author and has written three books, including the bestselling first book Dear Dad- Letters from an Adult Child in 1989 and his latest, The F Word: How to Survive Your Family.

Anderson, a humanitarian, is co-founder of the H.E.R.O. organization whose mission is to empower people who are homeless or at risk of homelessness to attain maximum self-sufficiency.

He also spends many hours working with numerous other charities in keeping with his philosophy of giving back to his community whenever he can.