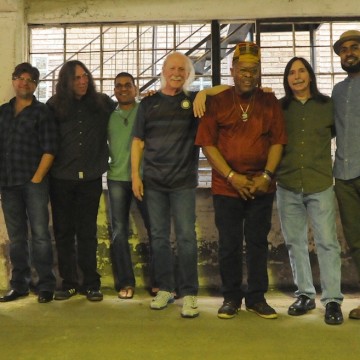 In addition to the original drummers Trucks and Jaimoe, the band is complete with ABB’s latest rhythm section, including bassist Oteil Burbridge and percussionist Marc Quinones. Before them, stand guitar master Jack Pearson, who played with the Allmans from 1997-99, his guitar mate Pat Bergeson, along with longtime collaborator Bruce Katz on keys, and Lamar Williams, Jr., son of bassist Lamar Williams who played with ABB from 1972-76, belting the vocals.