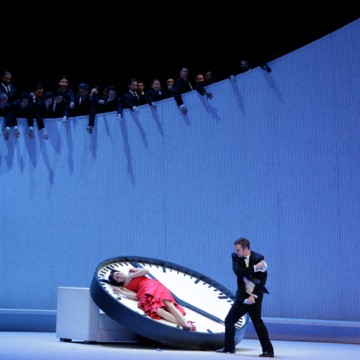 Sonya Yoncheva sings one of opera’s most beloved heroines, the tragic courtesan Violetta, a role in which she triumphed on the Met stage in 2015, opposite Michael Fabiano as her lover, Alfredo, and Thomas Hampson as his father, Germont. Carmen Giannattasio sings later performances of the title role opposite Atalla Ayan, with the great Plácido Domingo as Germont. Nicola Luisotti conducts.