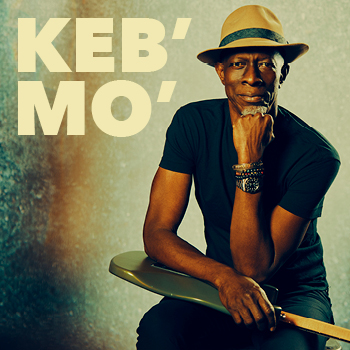 With five GRAMMYs, 14 Blues Foundation Awards, and a groundbreaking career spanning nearly 50 years under his belt, Keb’ Mo’ stands as one of the most accomplished and respected artists working in contemporary roots music today. Born and raised in Compton, California, Keb’ got his start working behind the scenes as a guitarist, songwriter, and arranger before breaking out internationally with the release of his 1994 self-titled debut, which earned widespread acclaim for its genre-bending take on old school sounds. In the decades that followed, Keb’ would go on to top the Billboard Blues Chart seven times; perform everywhere from Carnegie Hall to The White House; collaborate with luminaries like Taj Mahal, Vince Gill, Willie Nelson, Bonnie Raitt, The Chicks, and Lyle Lovett; have his compositions recorded and sampled by artists as diverse as B.B. King, Zac Brown, and BTS; release signature guitars with both Gibson and Martin; compose music for television series like Mike and Molly, Memphis Beat, B Positive, and Martha Stewart Living; appear as himself in Martin Scorcese’s The Blues, Aaron Sorkin’s The West Wing, and the iconic children’s series Sesame Street; and earn the Americana Music Association’s 2021 award for Lifetime Achievement in Performance. Keb’s newest album, Good To Be, weaves together the sounds of his childhood in Compton with the influences of his adopted hometown of Nashville, drawing on country, soul, and blues to craft a heartwarming tapestry that transcends genre and geography as it celebrates the power of love and resilience, growth and gratitude, hope and memory.

After more than a decade in New York City, Anthony D’Amato headed west for his new
album, At First There Was Nothing, relocating to American Fork, Utah, for recording
sessions in the autumn and winter with acclaimed songwriter and producer Joshua James.
Bristling with joyful energy and piercing insight, the record marks D’Amato’s first full-length
collection in six years, and the growth is palpable, with sprawling, unpredictable arrangements
accompanying some of his most gripping and incisive lyrical work yet. Drawing on everything
from hazy ’60s soul to rootsy ’70s rock and roll, the songs are loose and playful here, even as
they grapple with faith and trust, mortality and loss, resilience and regret, all set against
sweeping sonic backdrops every bit as epic and rugged as the landscapes that inspired them. 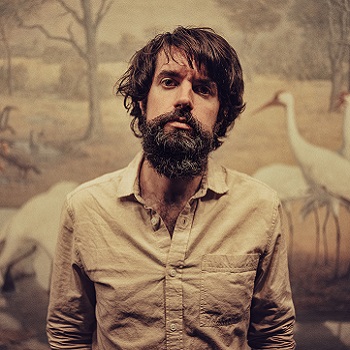