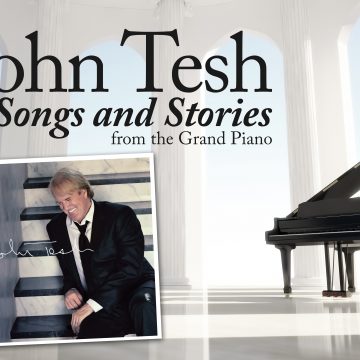 After more than three decades as an international entertainer, John Tesh’s recording and live concert career continues to thrive today.
Whether at the solo piano, with a 12-piece ‘big band’ or an 80 piece orchestra, Tesh’s ability to create a unique journey for concert fans with music and storytelling has taken him from the Red Rocks Amphitheater and the Coliseum in Rome to Carnegie Hall and The Kennedy Center. John’s live television concerts, including the seminal ‘Live at Red Rocks,’ have raised more than 20 million dollars for Public Television.