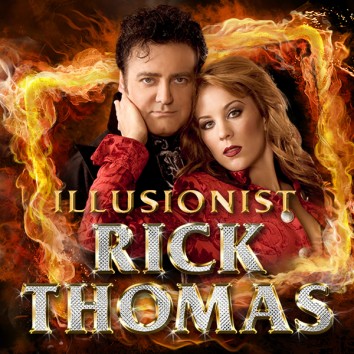 Prepare to be blown away by Rick Thomas! He headlined “The Illusionists” on Broadway and promises to present to you the greatest magic on tour today! Witness the most intriguing, innovative and mind-blowing grand illusions in the world with a style unlike any other magical entertainer. ‘Epic’ is the best word that describe the Magic of Rick Thomas. His stage presence is unmatched as he weaves magic, music, comedy and dance into a seamless spectacle.

Rick Thomas has completed five world tours covering over 50 countries; including performances at Caesars Colosseum, headlining the Sydney Opera House in Australia and performing both on Broadway and Las Vegas for 15 straight years. Rick Thomas continues to entertain thousands of people across the world with the most breathtaking and spectacular magic ever to be seen on stage and television! See the greatest magic in the world…and its right here at the Paramount!