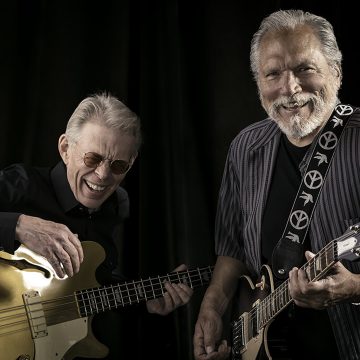 From their days playing together as teenagers, through their induction into the Rock and Roll Hall of Fame for their Jefferson Airplane band to their current acoustic and electric blues, no one has more consistently led American music for the last 50 years than Jorma Kaukonen and Jack Casady, the founders and continuing core members of Hot Tuna.

Jorma and Jack certainly could not have imagined, let alone predicted, where playing would take them. It’s been a long and fascinating road to numerous exciting destinations. Two things have never changed: They still love to play as much as they did as kids in Washington D.C., and there are still many, many exciting miles yet to travel on their musical odyssey.