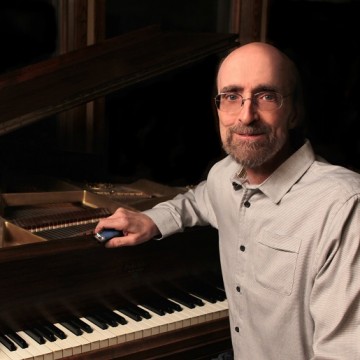 Inspired by the seasons and topographies, George Winston’s concerts feature a variety of styles including melodic folk piano, New Orleans R&B piano, and stride piano. He performs songs from his seasonal favorites AUTUMN, DECEMBER, WINTER INTO SPRING, and SUMMER, as well as Peanuts pieces from his Vince Guaraldi tribute albums LINUS & LUCY –THE MUSIC OF VINCE GUARALDI, and LOVE WILL COME-THE MUSIC OF VINCE GUARALDI, VOL. 2, and more.

George Winston, one of the most recognized solo pianists in the world, has released 13 solo piano albums since 1972. His next album, to be released in March 2017 is SPRING CAROUSEL-A CANCER RESEARCH BENEFIT. He is currently mainly touring and performing live concerts. Since 1986, George has been raising money for food banks and service organizations in every community he visits while on tour. He will continue to raise awareness through Canned Food Drives and information about the local organizations available in the lobby. The CD and merchandise proceeds will benefit the local Food bank or Organization in each market.