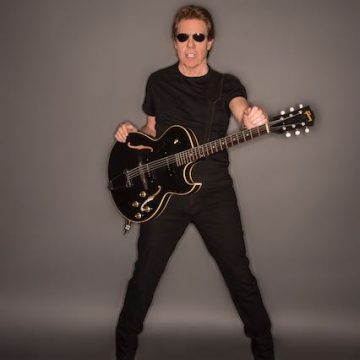 It’s that moment when the house lights go down and the audience erupts: a drumbeat punches through the darkness, and the stage lights – almost blindingly bright at first – reveal a killer band ready to unleash a catalog of classic hits like none other. That familiar snarl of a slide guitar rips open the room, and you know you’re about to experience a bad-to-the-bone icon at his very best. George Thorogood And The Destroyers are throwing a Rock Party for 2017, and you’re invited.

Even as Thorogood prepares for the release of his first solo album (to be released on Rounder), the new tour promises to raise the bar, rock the house and tear off the roof like never before. “We play for a different audience every night and that keeps it fresh,” he says. “There are people who’ve never seen us before, and we have to impress them. There are fans that keep coming back, and we want to surprise them.” With more than 40 years, 15 million albums sold and 8,000 live shows after it all began, the title ‘professional rock performer’ still means something to the man and his music. “This is my job,” Thorogood says with pride. “I’ve always loved it, and I love it now more than ever.”

From a birthday party in Wilmington to concert stages around the world, it’s been one of the most credible and uncompromising rides in American music. Today, one badder-than-ever guitar-slinger and his band are back to play like they still have something to prove. For George Thorogood And The Destroyers – as well as for millions of fans old & new – the Rock Party starts now.