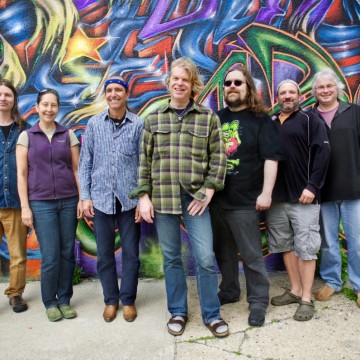 DSO has been delivering this to both old and new Grateful Dead fans since 1997, when a group of talented musicians came up with an original concept – to perform complete Grateful Dead shows from out of the beloved act’s long touring history.

Committed to their original mission of recreating the Grateful Dead’s live experience, Dark Star Orchestra has performed as many as 250 dates in a single year. They continue to grow their fanbase, playing at larger venues for two and even three night stands. Fans and critics haven’t been the only people caught up either, as the band has featured guest performances from original Grateful Dead members and other notable guests have included Steve Kimock, Peter Rowan, Ramblin’ Jack Elliot, Keller Williams, Gov’t Mule’s Warren Haynes and many more.

The core of Dark Star Orchestra remains strong and as the members’ musicianship refines, their recreations ring ever truer to the Grateful Dead’s sound and style.