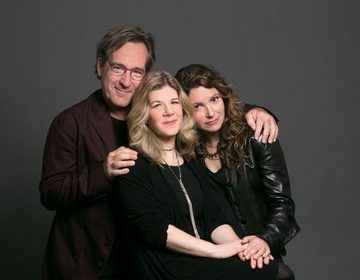 The collection of twelve mostly cover songs was really a tribute to fellow singer-songwriters. A mainstay on radio during the late 1990s and early 2000s, the album ranked fourth among AAA radio station’s most played records in 1999 and continued in high rotation well into the 2000s.

The record was consistently praised by the press: The Washington Post raved, “Cry Cry Cry illustrates the advantages of taking the best works of contemporary folk musicians and fleshing them out with lovely, three-part harmonies” and the New York Times cheered for the trio’s “gorgeous harmonies.” Entertainment Weekly wrote “Cry Cry Cry’s purity of heart and sound is spirit renewing.”