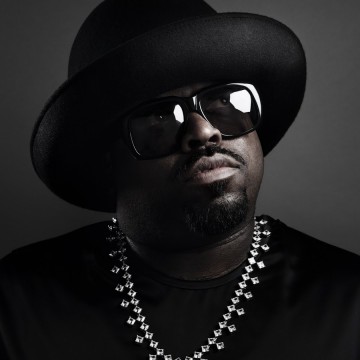 He first came onto the music scene as a member of the southern hip-hop group Goodie Mob along with Big Gipp, T-Mo and Khujo. After CeeLo’s success with Goodie Mob, he reinvented himself and formed Gnarls Barkley with deejay-producer Danger Mouse to release the 2006 worldwide hit “Crazy”, which reached #1 in various singles charts worldwide. Following Gnarls Barkley, Green put his time back into his solo career as CeeLo Green and released the 2010 album “The Lady Killer,” which featured his hit single “Forget You”. He was also featured on Kendrick Lamar’s new album ‘Untitled Unmastered’, contributing his vocals to song ‘Untitled 6.’ In addition to his success as a recording artist, CeeLo Green completed four seasons as a coach on NBC’s hit show The Voice alongside Christina Aguilera, Adam Levine and Blake Shelton.

Limited VIP Packages available online or through The Box Office