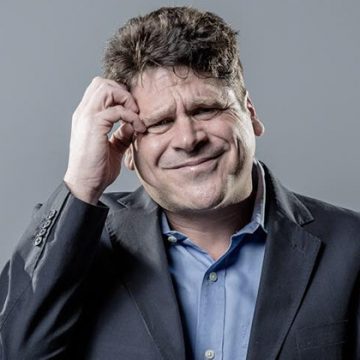 Beer + Laughs … it’s going to be a BrewHaHa!

We are building a comedy club right on stage and inviting some of the funniest folk we know to bring the laughs. Seating is limited!

This special event features headliner Marc Price – who you might remember as Skippy from the hugely popular 80’s NBC sitcom Family Ties, starring Michael J. Fox. As a stand up Marc has opened for Jay Leno and Jerry Seinfeld. He’s starred in movies, hosted late night talk shows and more recently he’s been behind the cameras writing and producing for E! TBS, Disney Channel, Animal Planet, GSN, Showtime and more. Come on out and see why the Los Angeles Times calls him “refreshingly bright” and the Boston Globe says he’s “wickedly funny.”

Don’t forget…a local brewer will be on hand offering samples of their delicious VT made brews!

Your ticket gets you a pint of Vermont made brew, a souvenir pint glass and a whole lot of laughs!