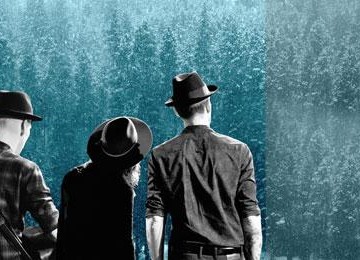 Everyone needs to be risking something,” says Seattle-based singer-songwriter Brandi Carlile. She’s discussing the M.O. behind The Firewatcher’s Daughter, her stunning new release – her first for artist-friendly indie label ATO. The 12-song collection marks a triumphant return after a three-year recording hiatus, and her strongest, most rock & roll album to date.

“Rock & roll music as a genre always has a sense of erratic recklessness to it,” she says. “It can’t really be rehearsed – in fact, rehearsal can kill it. On this album, each song has its honest rock & roll moment, even the ballads; it’s between the point where you’ve learned the song enough to get through it, but you don’t have any control over it yet.”

Since her heralded, genre-defying 2005 Columbia debut, Carlile and her indispensable collaborators, Tim and Phil Hanseroth, aka The Twins, have always offered listeners both control and abandon, often within a single song. The most well-known Brandi Carlile tunes, 2007’s “The Story” and 2012’s “That Wasn’t Me,” are dynamic journeys in themselves, encompassing myriad emotions and varied stylistic touches; “The Story” morphs from understated balladry to epic stadium rock, while “That Wasn’t Me” effortlessly straddles country soul and pop gospel. Infused with Carlile’s clarion voice, The Twins’ tight sibling harmonies, and stellar musicianship from everyone, it all simply sounds like Brandi Carlile.

Yet, over four acclaimed Columbia albums, countless sold-out tours, and fruitful relationships with top producers Rick Rubin and T Bone Burnett, something was missing: Carlile and The Twins hadn’t yet captured the distinctive spark of old friends working up new tunes, a slippery magic born of years touring together, and often caught only on raw demos made at the behest of the label. The Firewatcher’s Daughter, by contrast, is a full-on Carlile/Twins co-production, cut live with little or no rehearsal.