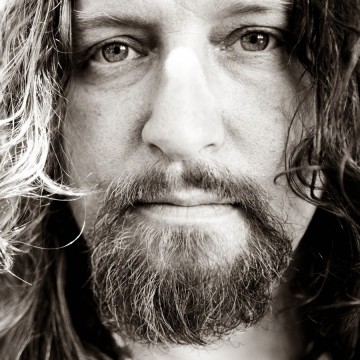 Bow Thayer has been singing and writing songs for as long as he can remember. Making music is who he is. He has lived up to his “reputation as a sublimely gifted artist” by pursuing a creative vision that seeks to lead Americana music into the future. Finally gaining national recognition, American Songwriter says this “onetime Levon Helm compatriot is the best artist to come from New England in recent years.”
Bow made a name for himself in Boston with 7 League Boots, a rock/reggae band that shared the stage with the likes of Fugazi, The Mighty Might Bosstones, and Pearl Jam. Fifteen years ago he made a life-altering decision to leave the city for the Green Mountains of Vermont. It was there that he explored the Delta blues playing slide guitar for the original Elbow and began a relationship with the banjo–both in the bluegrass group, The Benders, and on his own–that continues to this day.