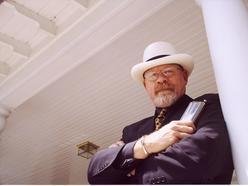 Bob Stannard is an eighth-generation Vermonter who has served in the legislature, worked as a logger, a lobbyist, a columnist for two papers, and a commercial real estate broker. He retired from a thirty-year career in Vermont politics to play music, write, and enjoy his family. He has been married to Alison Stannard since 1973; they have two grown children and four grandchildren who now rule his life.
Bob has been a performing artist playing and singing the blues since 1969. He says, “I have been a musician for as long as I can remember.” He’s had the privilege to play with two Kings (B.B. and Stephen) as well as some of the nation’s most important blues musicians. He’s recorded three albums and written two Vermont humor books.