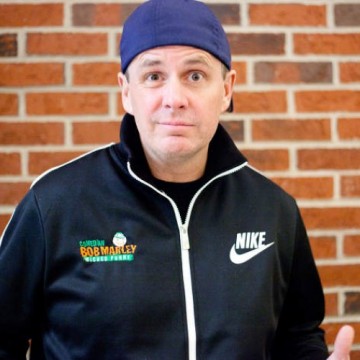 Tickets: $19.75 – $30.75
Originally from Maine, Bob Marley began performing stand- up comedy in his hometown of Portland. He moved to Boston early in his career, gaining experience in a city known for spawning comedy all-stars.

Making his first television appearance on Comedy Central, he is now one of the few comics to do the complete late night circuit including The Late Show with David Letterman, The Tonight Show with Jay Leno, Late Night with Conan O’Brien, and The Late Late Show with Craig Ferguson and Craig Kilborn.