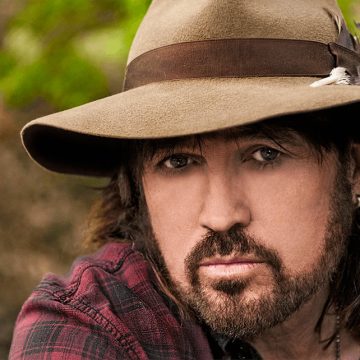 Born in Flatwoods, Kentucky, Billy Ray Cyrus, known for his country singing, hunky good looks and mullet hairstyle, has enjoyed a mulit-layed performance career as a multi-platinum selling recording artist. He has scored a total of eight top-ten singles on the Billboard Country Songs chart.

His most successful album to date is his debut Some Gave All, which has been certified 9 Multi-Platinum in the United States and is the longest time spent by a debut artist at number one on the Billboard 200 and featured the breakout hit, “Achy Breaky Heart.” From 2001 to 2004, Cyrus starred in the television show Doc. The show was about a country doctor who moved from Montana to New York City.

From 2006 to 2011, he co-starred in the Disney Channel series Hannah Montana with his daughter, Miley Cyrus. Soon after, Cyrus enjoyed an eight-week run on ABC’s Dancing With the Stars.

In years since, Cyrus has been alternating between making music and acting. In an industry where excesses are the order of the day, Cyrus has retained his humility and morals and continues to be an inspiration and mentor to aspiring musicians all over the world.