Big Head Todd and The Monsters and J.J. Grey & Mofro 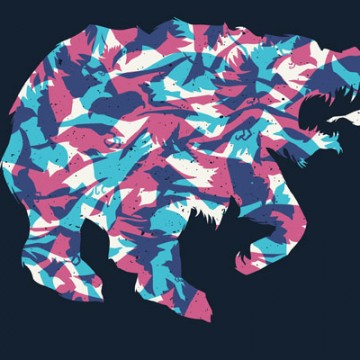 Since their formation in the mid-’80s, Big Head Todd & the Monsters have continued to evolve and explore, moving beyond their Colorado club circuit roots to become one of the most adventurous, respected and durable bands in America. Through constant touring and a zeal to travel down new musical avenues in the studio, BHTM (as their dedicated fans call them) have honed their collective stew of influences into a trademark hybrid sound that’s immediately recognizable. Now, with Black Beehive, their maiden release on Shout! Factory (February 4, 2014), the quartet has made its most personal and poignant album to date, a collection of new studio tracks that, says co-founder and figurehead Todd Park Mohr, “allows us to truly reach our audience through the language of the blues.”

Whether his crowd is a dozen or a thousand, J.J. Grey remains an unfettered, blissful performer, singing like a blue-collar angel over the bone-deep grooves of his compositions. His presence before an audience is something startling and immediate, at times a funk rave- up, other times a sort of mass-absolution for the mortal weaknesses that make him and his audience human. When you see JJ Grey and his band Mofro live—and you truly, absolutely must—the man is fearless.

Onstage, Grey delivers his songs with righteousness and anger and compassion all at once, but perhaps not until Ol’ Glory has a studio record captured the fierceness and intimacy that defines a Grey live performance. “I wanted that crucial lived-in feel,” Grey says of Ol’ Glory, and here he hits his mark. On the new album, Grey and the current Mofro lineup (Anthony Cole on drums; Andrew Trube on guitar; Anthony Farrell on organ; Todd Smallie on bass; Dennis Marion on trumpet; Jeff Dazey on saxophone) offer grace and groove in equal measure, with an easygoing quality to the production that makes those beautiful muscular drum-breaks sound as though the band has set up in your living room.