An Evening with James Carville and Mary Matalin 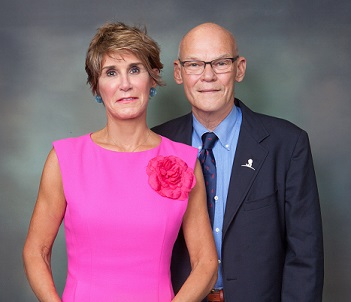 Join us for what promises to be an unforgettable evening with two of America’s most widely respected political consultants and pundits.  Coming just before the National Election Candidate Debates portion of our PROJECT 240 Series, James and his wife Mary will share penetrating insights into this highly charged and unusual national election season.

Louisiana native James Carville is one of America’s best known political strategists, having steered a number of overlooked campaigns to unexpected landslide victories. His most prominent victory was in 1992 when he helped William Jefferson Clinton win the Presidency.

Mary Matalin is one of the most celebrated and popular conservative voices in America today and is a widely sought after political contributor, pundit and public speaker.  She has served under President Ronald Reagan, was George H. W. Bush’s Campaign Director, was an assistant to President George W. Bush and as assistant and counselor to Vice President Dick Cheney became the first White House official to hold that double title.