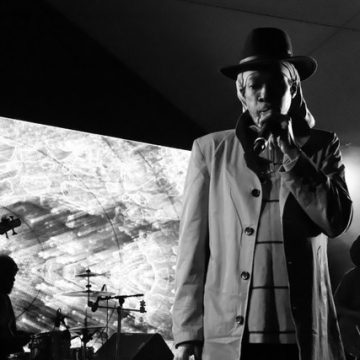 Akae Beka is the current manifestation of an evolving consciousness. Following a quarter of a century as the lead singer and co-founder of the legendary St Croix based band MIDNITE, the artist know as Akae Beka is a candidate for the most prolific reggae artist in the universe. Vaughn Benjamin has recorded over 60 albums to date. The St. Croix native releases multiple albums virtually every year, and they’re never half-hearted affairs. Rather, 70-minute conversations dense with revelations and cerebral lyricism are the norm for this messenger of truth. The extended and consistent amount of information Vaughn has released over the years through his music has truly been a beacon of inspiration for many. Akae Beka has a dedicated following around the world for years and it only continues to grow.
Consisting mostly of former MIDNITE band members, the bands sound builds on a strong spiritual foundation of chanting and trance-inducing performances. They have made their music heard across five continents and countless festivals such as Lightning In A Bottle, Envision, Bonnaroo, Outside Lands, Reggae on the River, Sierra Nevada World Music Festival, Summerjam, Rototom Sunsplash and Reggae Jam.