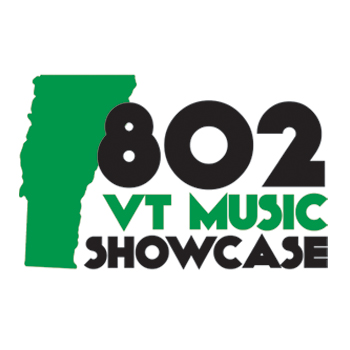 —
Waylon Speed was created by Noah Crowther, Reverend Chad Hammaker, Kelly Ravin and Justin Crowther after playing together at a local honky-tonk in Burlington. Three days and one practice later, Waylon Speed was born. Named after the guitarist Rev. Chad Hammaker’s son, Waylon, the band has become a family-owned and operated enterprise. The band has won awards from the New England Music Awards for “Vermont’s Best Band,” and Seven Days newspaper’s annual Daisy Award for “Best Americana Band.” They write, release and distribute their music independently. Waylon Speed released their second full-length record “Kin” on April 29, 2014, followed by a national tour. They have offered support for large-name outfits, including a tour supporting Lynyrd Skynyrd in November, 2014.

“Waylon Speed is a cross between Metallica and the Lumineers, with an unnecessary dash of Prince showmanship.” – Washington Post

—
Duane Carleton’s songwriting describes the struggle of everyday small-town people and the tragedy of a disappearing lifestyle. His material is steeped in Americana-style – painting a vast and colorful landscape covering the spectrum from poetic ballads, to upbeat rockers, to political story songs that have been aptly described as the offspring of The Band and The Allman Brothers. Duane was born, raised and continues to reside in rural New England and his upbringing is evident in his work ethic as he currently plays 200-250 dates a year. He has opened shows for, played and recorded with such luminaries as Rick Danko and Garth Hudson of The Band, Steve Miller, Gov’t Mule, and Eddie Money to name just a few. Duane has twice won the Times Argus Tammie Award for Best Rock Album. He was voted Best Guitarist and Favorite Acoustic Act by the music magazine Cider Mag, as well as receiving their Lifetime Achievement Award. In addition, his songs have been featured in an HBO documentary, a horror film, and a snowboard video. His song, “Long Way Down” was also featured in the FX Network show, “Justified.”

“An oasis of highly listenable music in a desert of creativity. This singer-songwriter has something to say…Carleton’s music shows keen insights into the malaise of American rural life…lyrics here are well thought out and potent. Carleton has a sharp eye for the way people in rural America live.” – The Times Argus

—
Ida Mae Specker is a third-generation fiddle player and a rising force in American folk and roots music. Ida Mae cut her teeth playing with her father and sister in a family band called, The Speckers, whom VPR’s Robert Resnik dubbed “Vermont Folk Heroes.” For this show, she is joined by singer-songwriter Faith Wood. With tight vocal harmonies and palpable chemistry, the duo plays a rambunctious fusion of original and traditional music that owes as much to punk rock as Appalachia. Their live show synthesizes their diverse influences and features contemporary lyrics set to old-time melodies with a rock n roll heartbeat.
—